Why is Air Pollution a Concern?

Air pollution is a global problem that affects us all, causing harm to our health, vegetation and ecosystems in both urban and rural areas.

It occurs when clean air is polluted by particulate matter (PM). This is made up of solid or liquid particles from natural sources such as pollen and desert sand, or from man-made sources, such as dust, soot and smoke. 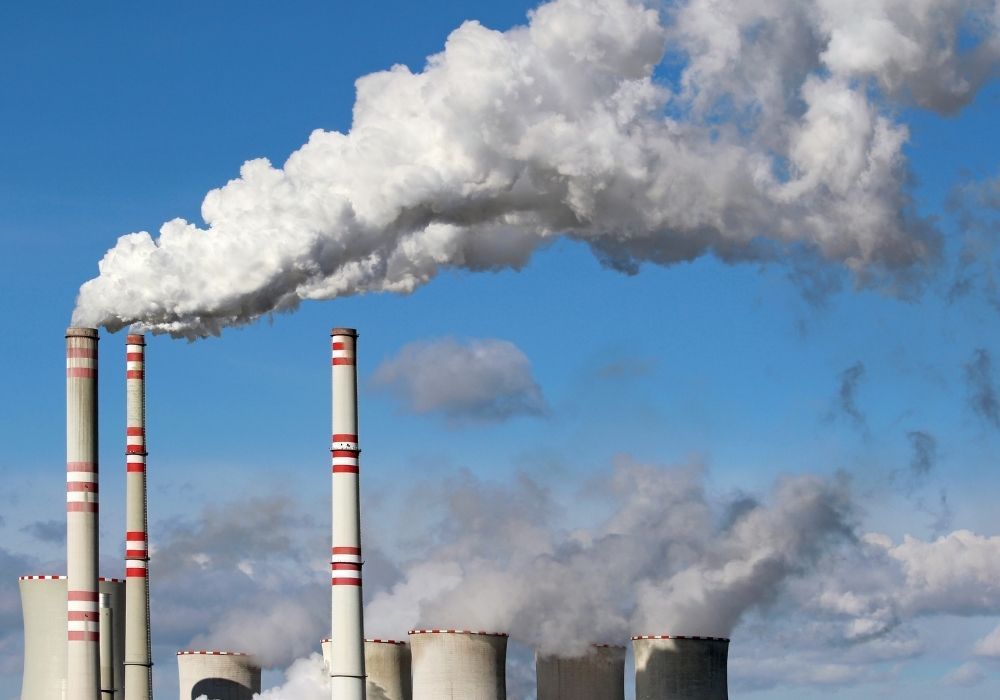 Air pollution also come from gases that have been released into the atmosphere from a wide range of sources, including:

A secondary air pollutant is ozone. This is formed when many of the above gases, such as nitrogen oxide and VOCs, react in sunlight. 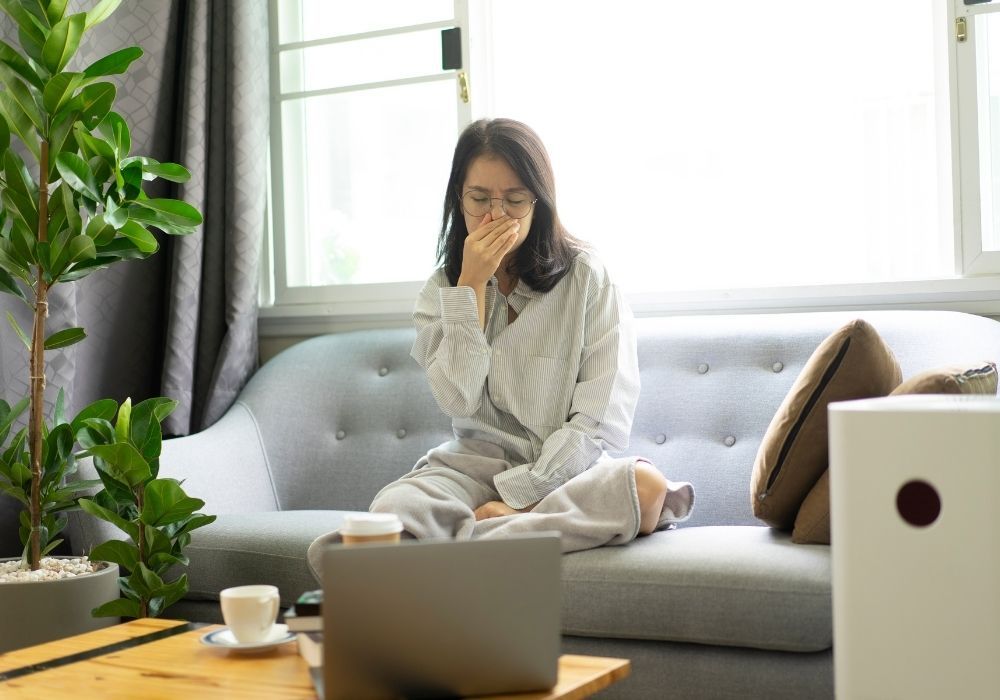 Indoor pollution is also a cause for concern, particularly for vulnerable groups such as babies, children, elderly people and those suffering from respiratory diseases such as asthma. Carbon monoxide and nitrogen dioxide from faulty gas heaters and cookers are two of the culprits, along with VOCs from home products such as paints and synthetic fabrics, and pollutants derived from outdoors.

In the past, the main cause of air pollution in the UK was from burning fossil fuels after the Industrial Revolution. However, while power stations and industrial plants are still a source of air pollution, pollutants from domestic wood- or solid-fuel stoves, plus exhaust fumes from petrol and diesel vehicles, are now more of a threat to our health and ecosystems.

You can find out more facts and figures about air pollution in the UK at the Department for Environment, Food & Rural Affairs.

According to the British Heart Foundation, it is estimated that poor air quality is responsible for up to 36,000 deaths a year in the UK. The majority of these UK deaths, attributed to outdoor air pollution, are from heart disease and stroke.

Globally, nine out of ten people breathe air containing high levels of pollutants, according to the most recent data from the World Health Organization (WHO). It estimated that around seven million people die every year from exposure to polluted air.

How is the Air Quality in Your Area? 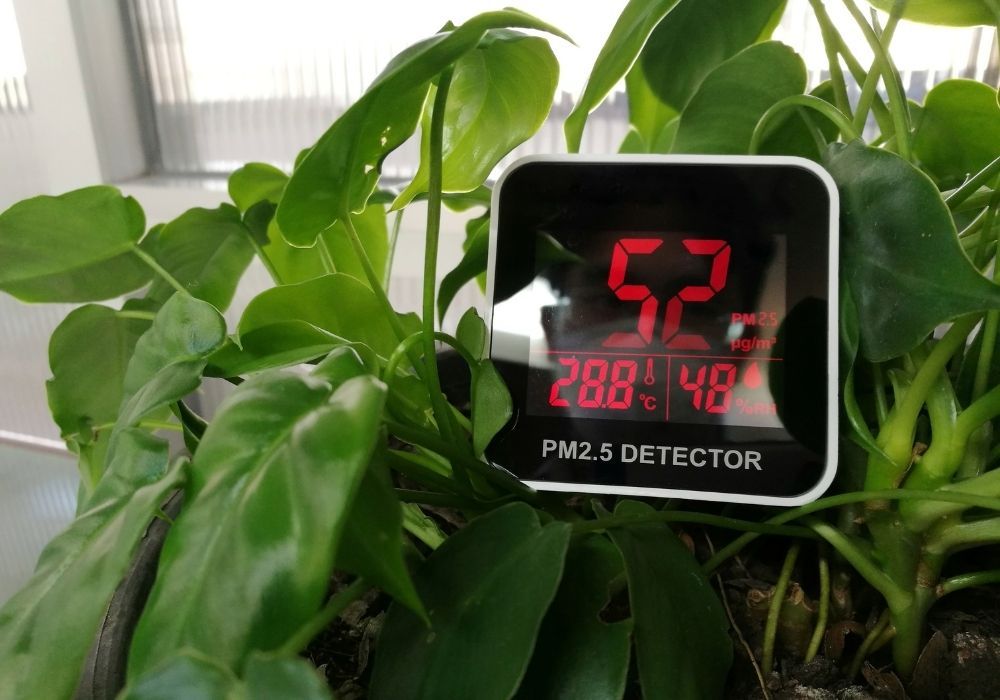 You can find up-to-date information on air quality in your area on the government’s UK-Air website. Entering your postcode will provide details about your locality. The site also offers health advice for those who are most at risk when air quality is poor.

To check the air quality indoors and out, you can buy hand-held monitors. These measure all sizes of particulate matter and VOC levels, and can be linked to a smartphone app. They can be pricey, so shop around and read reviews online before you buy.

Can I Improve the Air Quality in My Garden? 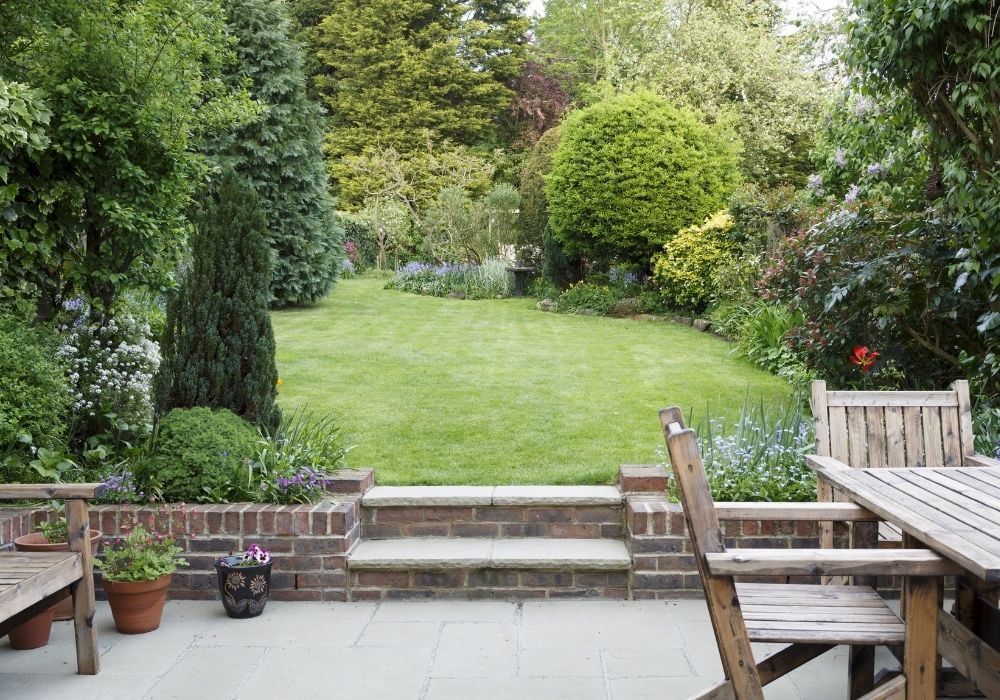 Pollution affects one in three people in the UK and yet, according to a recent poll commissioned by the Royal Horticultural Society (RHS), only 6% are taking active steps in the garden to alleviate it. In London, the situation is even worse, with 59% of Londoners affected by air pollution, and 22% ‘significantly affected’, but only 4% of gardens planted with pollution in mind.

While the main causes of air pollution need to be tackled at source – for example, by legislation such as the proposed ban on sales of new petrol and diesel cars and vans in the UK by 2030 – we can also do our bit by choosing plants that help reduce the effects of air pollution.

Plants can do amazing things, and one of those things is help us tackle air pollution.

A place to start is by having a look at the Phyto-Sensor Toolkit, developed by Citizen Sense, a project led by Professor Jennifer Gabrys at the University of Cambridge. It’s a detailed guide that offers advice on different plants, highlighting those that absorb “gaseous pollutants through their stomata, drawing in heavy metals through their roots, or channelling and depositing particulates in their leaves” – particularly helpful in polluted urban environments.

The Toolkit lists plants that are beneficial to air quality. These were trialled in 2018 in a low-emission garden outside the Museum of London. Plants with hairy and rough or waxy leaves can capture particulates more easily, reducing them by up to 60% and cutting nitrogen dioxide by up to 40%.

Other plants are better equipped to draw heavy metals, such as lead, selenium and cadmium, from the soil. These include Aster (Aster Spp.), which can also trap particulates through its many, hair leaves, and Mediterranean Spurge (Euphorbia characias).

Some of the plants in the Toolkit help to monitor air quality; their leaves will wilt or show signs of damage if air quality is poor. Examples include Red Elder (Sambucus racemosa), which is sensitive to ozone and exhibits damage to leaves and growth; and Delavay Osmanthus (Osmanthus delavayi), which experiences leaf damage when exposed to sulphur dioxide.

How Hedges and Shrubs Can Help

Given that traffic is one of the worst culprits when it comes to causing air pollution, hedges not only act as a natural boundary between traffic and residents but some can do good job of soaking up pollutants.

A new RHS science paper looked at the effectiveness of hedges as air pollution barriers and estimated that the bushy, hairy-leafed Franchet’s Cotoneaster (Cotoneaster franchetii) was 20% more effective at trapping harmful airborne particles in traffic hotspots than other shrubs.

“On major city roads with heavy traffic, we’ve found that the species with more complex denser canopies, rough and hairy-leaves, such as cotoneaster, were the most effective,” says Dr Tijana Blanusa, research lead for the paper and RHS principal horticultural scientist.

“We know that in just seven days a one-metre length of well-managed dense hedge will mop up the same amount of pollution that a car emits over a 500-mile drive.”

If you have young children, then planting a hedge on the roadside of your front garden is even more pressing. In a new study published by Environmental Pollution, experts from the Global Centre for Clean Air Research (GCARE) set out to quantify particle deposits on roadside-hedge leaf surfaces at child (0.6 m) and adult (1.5 m) breathing heights.

The study, ‘Quantifying particulate matter reduction and their deposition on the leaves of green infrastructure’, examined a beech (Fagus sylvatica) hedge along a busy, two-lane road in Guildford, Surrey. Researchers quantified and compared particle deposition on leaves from the front (traffic-facing) and back side of the hedge. They also monitored a nearby location on the same road with no hedge.

More worryingly, the team discovered that more harmful particles were captured by leaves at child-breathing height than at adult-breathing height. It also found that leaf fall in autumn lowered the canopy density, causing the reductions in particulate matter behind the hedge to drop from 25% less in summer to 9% less in autumn.

Professor Prashant Kumar, founder and director of GCARE at the University of Surrey, says: “The high particle capture during peak-traffic hours at around the breathing height of children compared with adult-breathing height reinforces our advocacy for the implementation of hedges as a barrier against traffic emissions, particularly around school boundaries, children’s play areas, and other vulnerable populations.”

How Green is Your Front Garden? 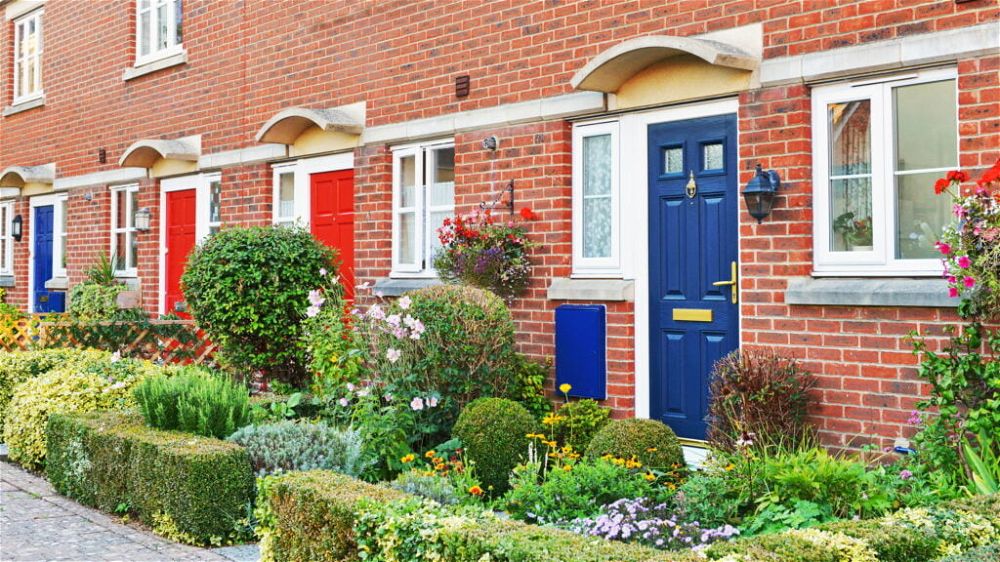 While you are checking out the ‘green credentials’ of your hedges, why not take a long, hard look at your front garden. If it is more ‘grey’ than ‘green’, then why not remove paving, add some greenery, and improve the air quality outside your home?

“However, the fact that a third of front gardens are still mainly paved over is still pretty bleak considering how easy it is to incorporate plants in any sized space.” 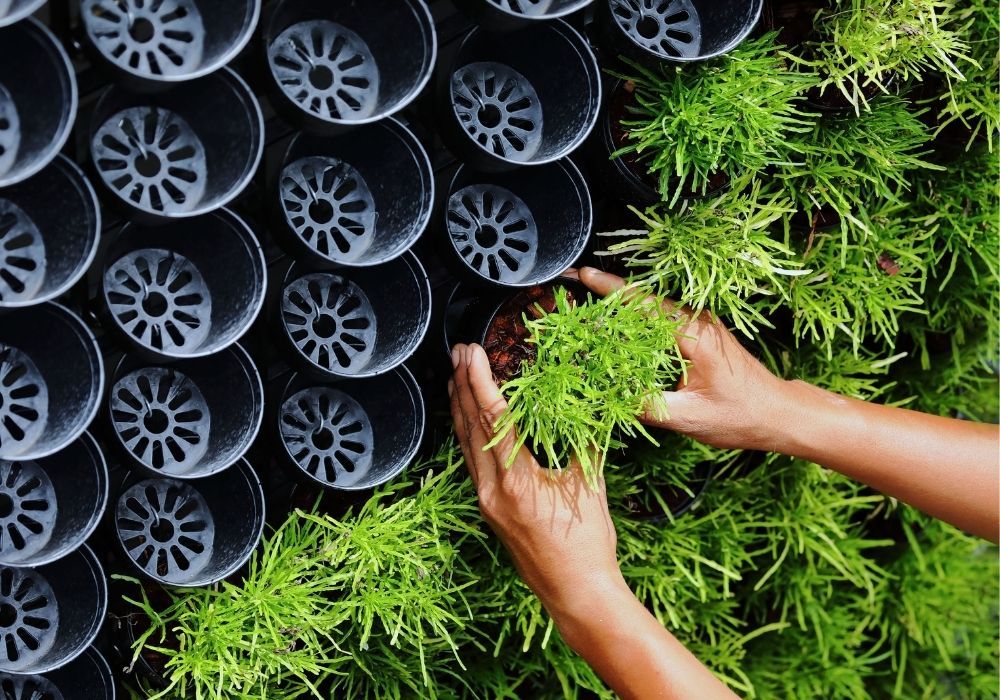 Other ways that could help improve air quality, particularly if garden space is limited, is to grow vertically. This can be done by incorporating ‘living walls’ or a roof garden – over sheds and other outbuildings, for example.

A team from GCARE, together with researchers from Australia, carried out a review of green infrastructure, such as green walls, screens and roofs, to measure their impact on air quality in a ‘street canyon’. This is where man-made structures such as high-rise buildings line an urban street, hindering air flow and resulting in air pollution.

Although street canyons are complex and need tailor-made solutions, researchers found that three types of planting showed promising results in their ability to reduce air pollution:

While the study focused on large-scale urban landscapes, the results show it could prove worthwhile to introduce green walls, screens and roofs in residential gardens.

Professor Kumar says: “Unfortunately, we have seen fewer green spaces in urban areas, but our study has shown that there is hope – green roofs, screens and walls can still help improve the air we breathe, and we must study their impact further.”

Plant More Trees – but Which Ones?

It is widely accepted that trees have their part to play in purifying the air that we breathe, by acting as a barrier, trapping particles of particulate matter and helping to disperse them. According to another study by GCARE, trees were found to be the most effective form of green infrastructure to cool surrounding air and reduce temperature spikes.

As with bushes and plants, trees with hairy leaves (and plenty of them) seem to trap more pollutants. In a 2019 study at Lancaster University, Barbara Maher and her team found that silver birch (Betula Pendula) was very capable of capturing traffic-derived ultrafine particles, removing 79% of these particles, while yew and elder trees were also highly effective, removing 71% and 70.5% respectively.

All three species are also listed in either RHS research or the Phyto-sensor toolkit.

Conifers, such as pines and cypresses, will also help to improve air quality, according to research by Jun Yang, an urban ecologist at the Center for Earth System Science, Tsinghua University, in Beijing, and published in BBC Futures.

He also found that the most widespread trees in cities were not necessarily the best for improving air quality. Instead, trees like London plane, silver maple and honey locust rank above average at filtering pollution.

Air pollution indoors can be higher than that of outside because pollutants are more concentrated. Pollutants contain particulate matter from cooking; gases from outside, such as nitrous oxide and carbon monoxide; as well as VOCs emitted from synthetics found in paint, carpet and soft furnishing or from chemical detergents.

Laboratory experiments using indoor plants and VOCs have been conducted, but in sealed chambers where the concentration of air pollutants would have been higher than how they are typically dispersed inside a home, a report in the National Geographic has revealed.

While there is no doubt that house plants can help lift our spirits and improve our wellbeing, the jury is out on whether they can improve air quality.

While the RHS says more scientific research is needed, it does still list easy-to-maintain foliage houseplants that may “have the potential to reduce VOCs”. These include the Spider plant (Chlorophytum comosum), Rubber plant (Ficus elastica), Aspidistra (Aspidistra elatior), and Peace Lily (Spathiphyllum). As there’s no solid proof, buy these plants because you like them – not just for any potential pollutant-reducing qualities. 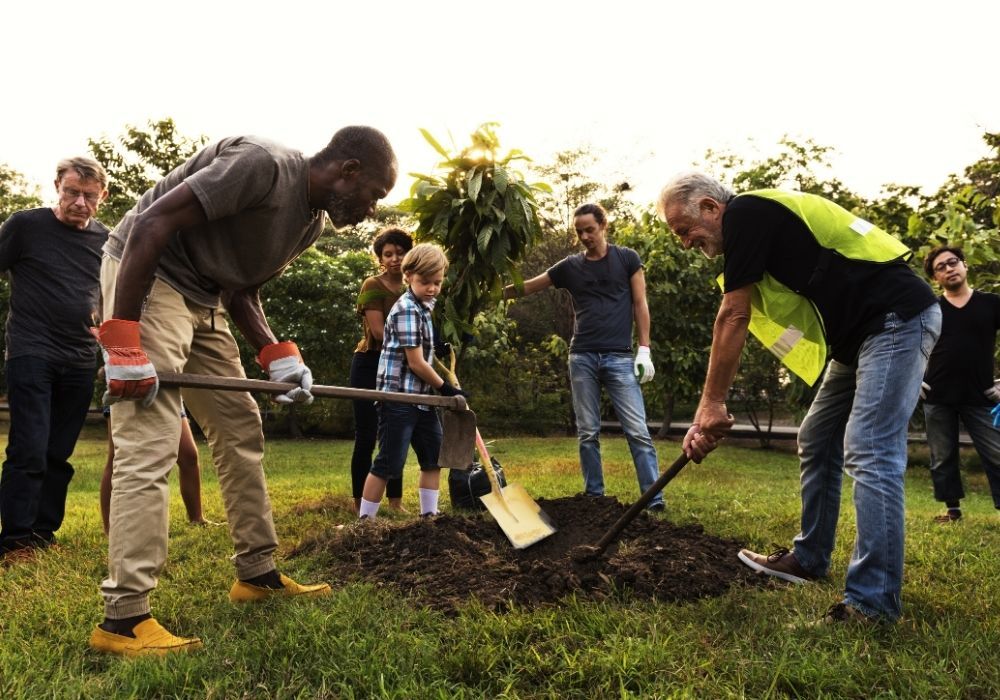 If you don’t have the space to add trees, scrubs and hedges to capture air pollutants, then you could volunteer at community conservation schemes.

Alternatively, you can apply to be a volunteer tree warden via projects that receive grants from The Tree Council, planting, pruning and watering local trees, plus caring for street trees.

Also check whether your local council arranges community gardening projects. For example, The Conservation Volunteers (TCV) look after green spaces while working out at Green Gyms in north London. 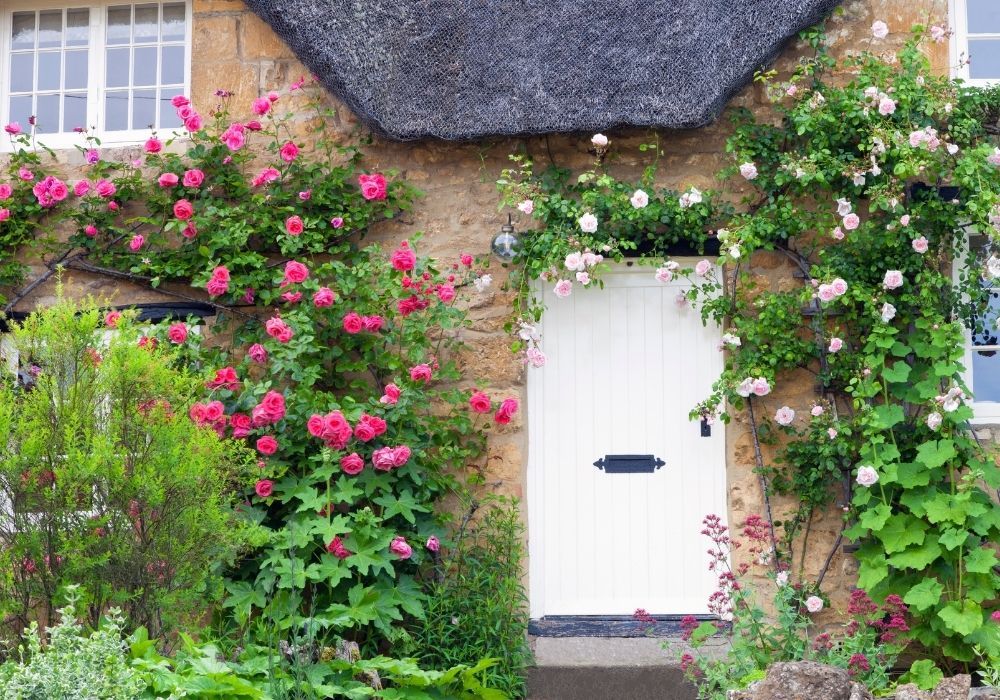 Whilst growing a silver maple or elder tree will bring pollutant-beating benefits in the future, it’s certainly a bit more of a long-term goal than an immediate quick fix.

So, if you’re also looking for ways to jump straight in and kick-start your ‘air quality’ garden right away, follow these five simple steps:

(You could even use some jumbo coconut bowls to plant them in too!)